This past week has been an eye opener for me. It seems the past five years have slipped by, mostly while waiting for the Dell Computer Repair Man who says he will be there tomorrow, but actually means "three years from Tuesday but you need to sit in your house and wait just in case" (but that's another story). 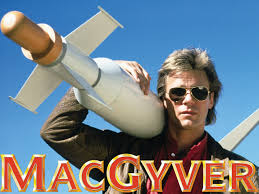 My first realization that time has flown in the past five years came when Nicole and Elizabeth the Lizard came home from school shopping. As I dug through the recipes, I inquired if all this money spent covered the Lizard's first year of college tuition. It didn't. Apparently it only covered the very basic supplies a school kid needs, even though MacGyver built flyable aircraft with fewer provisions.
The second realization came on Monday when Elizabeth was officially signed up for Kindergarten.
Wow.
That went fast.
Our little girl is moving on to the next stage of her life, which I predict will be held mostly in the principal's office because she loves to talk. And talk. And talk. And then talk some more.
So forgive me if I dig into some old material this week, but three years back when she was just two I wrote a column about all the crazy things she said, and I want to reuse some of that material so the teachers, administrators, lunch ladies, custodians, coaches, and random delivery people at the school know what to expect.
Here it is:
About four months ago I started jotting down things our daughter, Elizabeth the Lizard, said out of the blue. Each one of the following nine quotes she honestly, truly, 100 percent said to us.
Number 9: One day we were driving down Highway 83 and a lady in a big station wagon passed us. Lizard asked me what was in the lady’s car and I felt like saying something stupid:
“17 bowling balls and a banana,” I told her.
“No Dad, she’s not having a picnic.”
Number 8: Lizard always helps me feed her goat, Floppy, but Floppy gets a little excited when we bring the feed bucket and tries to eat it out of the bucket before Lizard can pour it. One day Floppy was being particularly aggressive and almost knocked Elizabeth over as she tried to get the feed from the bucket to the trough. Lizard got very mad and yelled this at Floppy:
“The feed is for pouring, not eating Floppy!”
Number 7: I’m not going to set this one up any, but she told me this a couple weeks ago:
“Your feet are smelly because I haven’t combed them yet.”
Number 6: Nicole strapped Lizard into her car seat and then Nicole and I jumped in the front seats, started the car, and heard this from the back:
“When I get big I’ll drive the wheel and you and mommy will sit in the back seat.”
Number 5: The last Sunday morning of deer season:
“God doesn’t go deer hunting, Dad.”
I think her mother put her up to that one.
Number 4: I was so proud this week when Lizard said this. I could tell that she is not only my daughter, but thinks just like me.
We were in the house and I looked out the window and saw a nice big rooster walking past. I called Lizard over and showed her.
“A chicken!” she said.
“No sweetie, that is a pheasant.”
“You better shoot it Dad.”
Number 3: Lizard explained to Nicole’s mom the truth about the fertilizer on our garden.
“Is that manure on your mommy’s garden?”
“That is not manure. It is cow poop.”
Number 2: Elizabeth is running around the house with a paper cutout of Jesus on a stick that she made in Sunday school, when she sprints up to me sitting at my desk and says:
“Jesus wants to see you Dad.”
Number 1: Really, there is no explanation needed for this one, but let’s just say it was the end of cartoon watching for the day:
“I can’t hear the TV when you’re talking Dad.”
Anyway, I have got to run. I have pheasant in the frying pan and I think it is burning.

Posted by Cory Neumiller at 6:41 AM