We are in the dog days of summer. It seems the recent heat wave has the world slowed to a stop, and the only excitement revolves around the fact that two non-related people with good teeth in England are having a baby. That hasn't happened in better than 30 years.
In these days, my ideas for columns also slows down. I could write about the new royal baby, but the lame teeth joke in the previous paragraph was the only one I could come up with, so that would make a short column.
Instead, I'm falling back on an old gag: the comedy quotes column. This is something like the 73rd annual comedy quotes column I have plagiarized. So without further ado (I think we can all agree these has been enough ado in this column already), here we go.
When you enter a room, you have to kiss his ring. I don't mind, but he has it in his back pocket (Don Rickles).
My wife said to me, "I want to be cremated." I said, "How about Tuesday?" (Buddy Hackett).
There are worse things in life than death. Have you ever spent an evening with an insurance salesman? (Woody Allen)
They say such nice things about people at their funerals that it makes me sad to realize that I'm going to miss mine by just a few days (Garrison Keillor).
I feel sorry for people who don't drink. When they wake up in the morning, that's as good as they're going to feel all day (Frank Sinatra).
I distrust camels and anyone else who can go a week without a drink (Joe Lewis).
I know a man who gave up smoking, drinking, women, and rich food. He was healthy right up to the day he killed himself (Johnny Carson).
Why do people in ship mutinies always ask for "better treatment?" I'd ask for a pinball machine, because with all that rocking back and forth you'd probably be able to get a lot of free games (Jack Handy).
My parents didn't want to move to Florida, but they turned sixty and that's the law (Jerry Seinfeld).
Be thankful we're not getting all the government we're paying for (Will Rogers).
All people are born alike except Republicans and Democrats (Groucho Marx).
I hate housework! You make the beds, you do the dishes and six months later you have to start all over again (Joan Rivers).
Although golf was originally restricted to wealthy, overweight Protestants, today it's open to anybody who owns hideous clothing (Dave Barry). 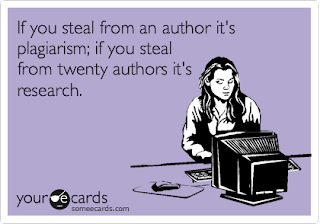 When I was a boy the Dead Sea was only sick (George Burns).
I don't need you to remind me of my age. I have a bladder to do that for me (Stephen Fry).
What I find most disturbing about Valentine's Day is, look, I get that you have to have a holiday of love, but in the height of flu season, it makes no sense (Lewis Black).
My daughter wants to throw a stone at a bad man. I stop her from throwing, shaking my head and giving her a little slap. My disapproval is complete. You think: 'That's right, she shouldn't throw a stone even at a villain.' Then I hand her a brick to throw (W.C. Fields).
Women now have choices. They can be married, not married, have a job, not have a job, be married with children, unmarried with children. Men have the same choice we've always had: work or prison (Tim Allen).
I don't like country music, but I don't mean to denigrate those who do. And for the people who like country music, 'denigrate' means 'put down' (Bob Newhart).
My psychiatrist told me I was crazy and I said I want a second opinion. He said "Okay, you're ugly too" (Rodney Dangerfield).
My wife's gotten really lazy, or as she calls it, 'pregnant.' (Jim Gaffigan).
He was a dreamer, a thinker, a speculative philosopher. Or, as his wife would have it, an idiot (Douglas Adams).
And finally, just to tie it all together like a good writer who hasn't run out of ideas would do:
When you look at Prince Charles, don't you think that someone in the Royal family knew someone in the Royal family? (Robin Williams).
Posted by Cory Neumiller at 5:49 AM