The end of a journey


If you think this four part series on our trip to South Dakota is long, you should have been in the Jeep for the return trip with Dan the I'm Very, Very Mad Baby Man. But we better talk about the wedding first since that was the whole reason we went. 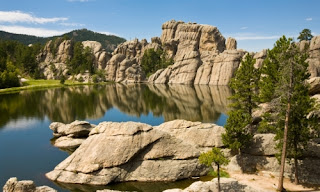 My good buddy Dave got married Saturday night in Custer State Park at Sylvan Lake. We did not get there until a couple hours before the ceremony so we missed the morning's activities (Mostly on purpose. You will understand by the end of the next paragraph).
You see Dave is a runner and an adventurer, so for his wedding day, he planned a triathlon right there in the park with a several mile bike ride, three miles of running, and a swim across Sylvan Lake. In my book, that is the definition of insanity. But in Dave's world, that is a pretty regular Saturday. He told me he was going to seat the wedding guests according to what place they finished the race. I told him I have no problem sitting in the back.
So yeah, we missed that. But we got there a couple hours early and Elizabeth and I were able to go rock climbing in a place her mother definitely would not have approved of while Nicole watched Dan throw most of the rocks in Custer State Park into the lake. Unless, of course, South Dakota State Parks prohibit the throwing of rocks into the lake, in which case Nicole and Dan did something else more legal that I will think of later at the court date. 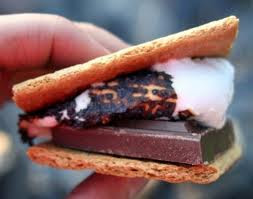 The ceremony was very nice, and had everything. For those of you scoring at home, a good wedding ceremony needs A) a groom, B) a bride,  C) a short-winded preacher, and D) a ring boy who has to go the bathroom during the ceremony. This wedding hit on all categories.
After the wedding there was a big supper and dance. Every place setting had a little bag with graham crackers, marshmallows, and Hershey bars. Mix that with the candles on the table, and we were all chowing down on s'mores before the meal. This is by far the greatest idea in the history of wedding receptions and should be made a wedding law. I for one will now refuse to RSVP until I find out if s'mores ingredients will be provided.
Then the dance started. The last time I danced gracefully was, um, never. I can't even remember the last time I danced awkwardly. But Elizabeth had the moves. She danced slow songs. She danced fast songs. And she danced them all the exact same way.
Elizabeth danced until she shoved a piece of glass up her foot, which slowed her down until I dug it out, and then she was dancing again. She showed toughness and endurance on that dance floor. I'm fearful that she is the kind of kid who will grow up to be in triathlons or something crazy like that.
Anyway, all good things must come to an end, so we packed up and headed to our hotel for the night, and then took off early the next morning for home. This is where it all went downhill. 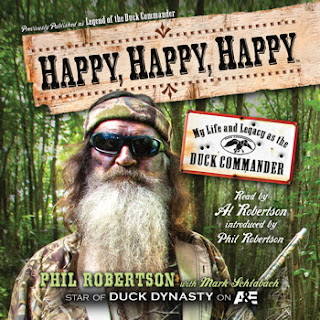 First, I decided to take a short-cut from Custer to Deadwood, which has 7,000 short little corners and a very reduced speed limit, if you pay attention to things like reduced speed limits, which I don't. Since Dan doesn't talk very much yet, he did not notify us of the fact that the 7,000 short little corners were making him car sick. Until he threw up. That was our notification.
After that, he was mad. Very, very mad. And he cried and cried and cried and cried. Sometimes he yelled. For a brief while he fell asleep, but that was just so he would have the energy to cry harder once he woke up. I'd estimate that of the eight hour trip home, he cried about 137 hours. It felt that way.
Then we got to Washburn and turned east towards our place. At Washburn he stopped crying. On Highway 22 he started smiling. When we turned onto gravel he laughed. As we rolled to a stop in our yard, he was on cloud nine. I opened his door, unbuckled him and set him on the ground.
"Happy! Happy! Happy!" he yelled as he ran around the yard. He was just like the old father from Duck Dynasty, except with much less facial hair.

And I agreed it was good to be home. Based on the success of our family vacation, we are already planning another trip. In the year 2028.
Posted by Cory Neumiller at 5:00 AM