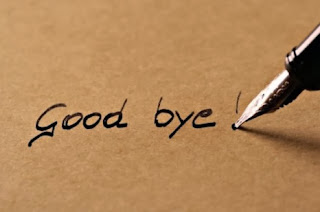 For the past seven years, we have been anything but good here at Neu's Ramblings, and we never felt lonesome. We have avoided writing about subjects that had to do with good taste. Instead we discussed used underwear. We spent time at horse races and cattle sales, walking home from broken down pickups, removing gallbladders, standing in Polish firing squads, angering the executives at the IRS and Blue Cross Blue Shield, chasing cows, buying minivans, selling minivans, trapping mice, cutting holes in floors and walls, running used diapers through a snow blower, and in a hospital delivery room.
When this column started, Nicole and I were basically newlyweds who had just moved to Washburn hoping to build a farmstead and enjoy country life. Now we are a battle-hardened married couple with two kids, a bunch of cows, goats, horses, and a Belarus tractor. Times have really changed.
Which leads me to this: This is my last column.
It seems that after seven years I have run low on ideas and theories and strange ramblings. For the last six months this column has been really difficult to write, and life has been busier and busier. So instead of fighting it, trying to carve out a few minutes to write what I used to be able to dedicate hours to, I've decided to hang it up. I hope the four of you still reading are not too disappointed.
For the record, I did not get fired. Surprisingly. I would like to thank BHG owners Mike and Jill Gackle and editor Michael Johnson for letting me write utter nonsense for all this time and never even once saying "You do that again, and you're outta here!" And also for paying me, which was nice. Unless you are reading this from an IRS office, in which case they never, ever paid me, but I sure had a lot of expenses that were all completely legitimate.
I also want to thank Nancy Hillerud for proofing this column from the very beginning, making me look smarter than I really am. And for only occasionally complaining about how many sentences I end prepositions with.
To end this last column, I went back to some of my earliest work and found six random quotes that I still found funny. I truly hope you enjoy them.
6. By “We” I am not referring to us Germans because I know that people of other nationalities, such as Norwegians, also make their homes here, bringing their dead, smelly fish to town to try to convince us Germans that it is real food.
5. If you have frozen pipes and you decide to cut a hole in your floor to access the pipes, you end up with frozen pipes AND a hole in your floor.
4. I would be very disappointed if I stopped by a local mechanic and he lopped the head off a chicken because I had bad plug wires.
3. I am not all that sure what Lamaze is but from flipping through the brochure it looks like a beautiful weekend of sitting in a boat fishing for Canada’s largest northern pike while…wait, wrong brochure.
2. I think it was mostly because while the women were inside sharing deep, personal feelings on the shade of paint Nicole used on a living room wall, us guys were outside saying, “What if you used 4 shot instead of 6 shot? Would zucchini pieces fly further? How about a .30-06? I bet a .30-06 would really explode one.”
And the final out-of-context quotes from Neu’s Ramblings is:
1. Since it was our anniversary, I felt compelled to point out any used underwear for sale in strange people’s garages.
Posted by Cory Neumiller at 6:53 AM